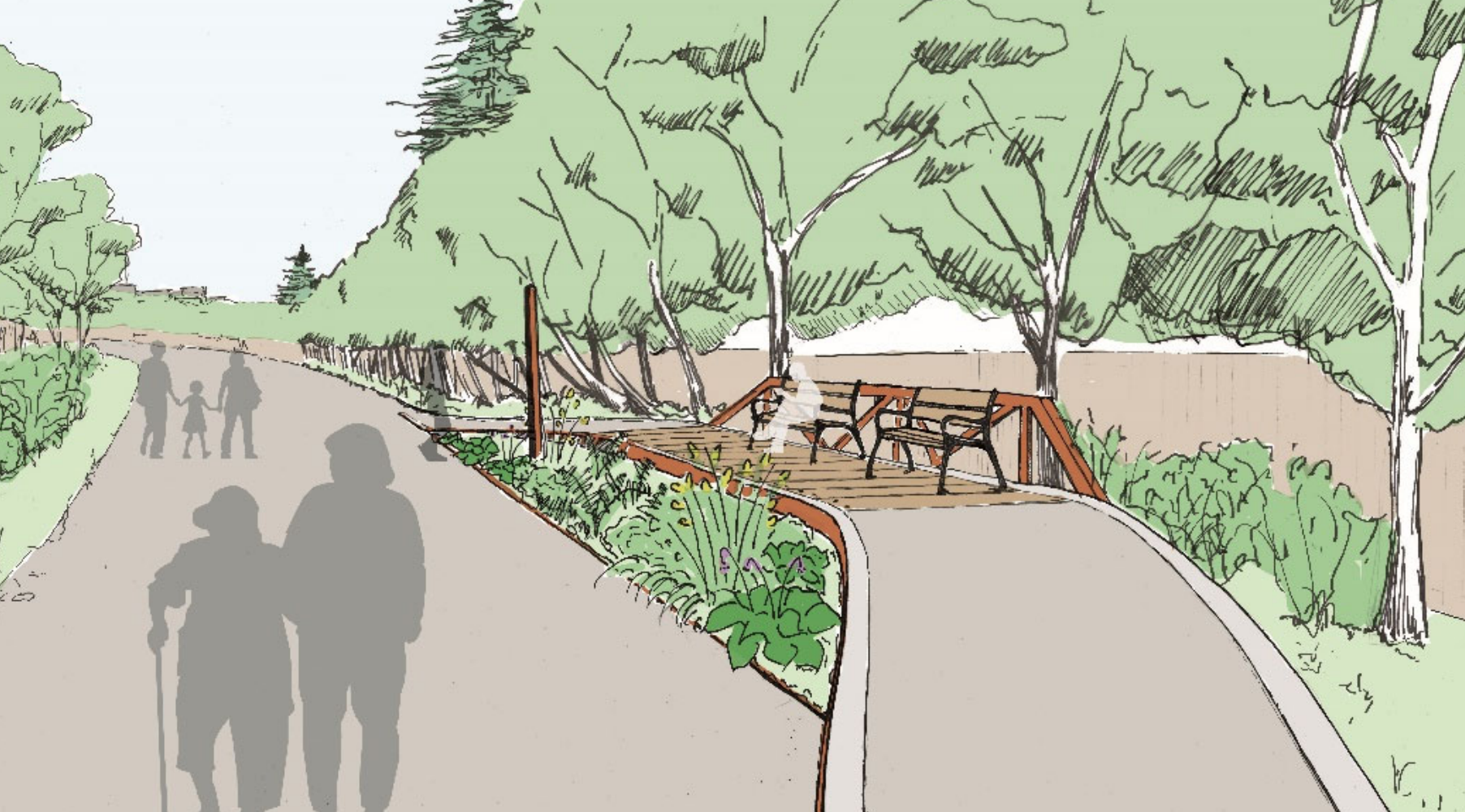 “Lost Stations” of the Toronto Beltline

In the summer of 2020 the City of Toronto “Parks, Forestry & Recreation” built a few raised seating areas along the Toronto Beltline recreation trail to commemorate the location of three stations that once served downtown commuters in the existing Ward 12 part of North Toronto. They were built along the Kay Gardner portion of the historic railpath.

Located just east of the Yonge Street bridge, almost at the north-west pedestrian entrance to the Mount Pleasant Cemetery. Just south of Merton Street at Al Green Lane, due south of the MYC Condos. The white building just south beyond the fence is the back of the Driscoll mausoleum.

Located just west of Avenue Road, this station is north of Upper Canada College, in the north corner of the Forest Hill Road Park.

The last of the three stations to be built, it is located just north of Eglinton Ave West, almost under the bridge along the retaining wall behind the apartment, and the Toronto Fire Station 135 at 325 Chaplin Crescent.

The Robert Bateman Parkette, at 281 Chaplin Crescent in Forest Hill, was called the Russell Hill Parkette up until 2010 when it was renamed in honour of the Toronto artist who lived, as a child, at 287 Chaplin Crescent which backs onto the belt line ravine.

(Header image taken from the 2019-02-21-BELTLINE-STATIONS-PRESENTATION-AGENDA_full_r2-1.pdf)